Since it feels like we’re heading for the apocalypse, it might not be a bad idea to grow some food, though. In The Hunger Gap, the apocalypse has pretty much already happened. Food is scarce, and those who live outside the city limits have to provide food for those living inside it. How much food you get depends on how much you contribute to society.

Axel is a single dad with a six-year-old daughter, and when the story starts, he’s been out of work for a long time and therefore has not been given any food. But he’s on his first day as a controller, working for the government and making sure everyone living outside of the city hands over the amount of food they have for the week. It’s not a job that will earn him any popularity votes, but he has a child to feed.

George is a baker, but he’s also a homesteader which means he has to provide food for the idiots living in the city every week. Had he followed the rules, he’d starved to death a long time ago. George realises the danger he’s in when a new controller shows up at his doorstep.

I can’t believe it’s been a year since this was released. It’s always been dear to me, though it’s more about survival than romance. It has the lowest heat level of all the stories I’ve written, along with Hop Hop, Carrot Top. 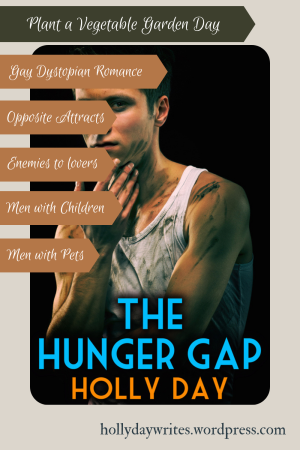 After years of the government taking everything he grows, homesteader George Vega has had enough. Food is scarce and people are starving. To provide for himself, he’ll need to break the law. Together with his next-door neighbor June, he sets up a system to hide food from the controller during his weekly collecting visits.

Axel Rowe won’t survive much longer. Every scrap of food he can get his hands on, he gives to his six-year-old daughter, but it isn’t nearly enough. Luck is on his side when he secures a job as a controller. He realizes taking the job will make people dislike him, but he has to eat.

George understands the danger he’s in when his old, lazy controller is replaced with a new, more observant one. Axel suspects there is something George is withholding, but when George takes care of him after nearly collapsing from hunger, Axel is more curious about how he’s able to keep food for himself than he’s interested in reporting him. George knows the risk, but after having looked into Axel’s desperate eyes, he’s compelled to take care of him. But can an outlaw homesteader have a relationship with the man who’s supposed to make sure he follows the law?

George Vega froze at the sound of a car rolling over the gravel in his yard. His heart stopped only to go into full gear a second later.

It was Tuesday, not Thursday.

He went up on tiptoe, leaned over the sink in the kitchen, and glanced toward the garage. Where were the hens? He’d let them roam free today to save on the feed. They didn’t have nearly enough, and not much was growing yet. Icy fear filled his veins. What if all of them had come down to the garden?

Holding his breath, he listened—no crowing from the roosters. It was only a matter of time, though. Even if they’d gone down on the other side of the hill, they could be heard. June, his next-door neighbor, was allowed one rooster. Hopefully, they wouldn’t crow at the same time.

Luna, his Bullmastiff mix, barked in the pen and he regretted having locked her up. If she’d been free in the yard, she’d have bought him a couple of minutes.

He pushed the dough back into the bowl where it had been rising. Harriet, his boss at the bakery, had given everyone some fresh yeast, claimed it was going in the trash. George was pretty sure it would’ve lasted longer, and the bakery could’ve used it, but they were still in the middle of the hunger gap, and June had three mouths to feed.

Harriet was a good woman.

Grabbing the bowl, he looked around. Where to hide it? If they were going to go through his cupboards, he was screwed. Last week, Harriet had given everyone four cups of flour—four cups were the weekly amount sanctioned by the government, but George had still bought four extra cups at the market, as had June. He’d used it for the dough, but if Douglas, the district’s controller, knew anything about baking, he’d realize it took flour to bake.

He could claim it had been in his food package, but flour seldom was. When he was lucky, he got some rolled oats, but most often he had to buy that too.

He placed the bowl on top of the refrigerator and hoped Douglas would think he stored it there and not look inside.

A quick look around had him freezing again. There were eggs in a basket on the counter. Why hadn’t he hidden them? Thirteen eggs—five more than he was allowed per week.

He grabbed the basket and rushed into the bathroom. Judging by Luna’s barks, they’d exited the car. He muttered a curse as he grabbed the towels off the rack, put the basket in the corner by the shower, and placed the towels on top of it. It looked like damp towels he’d carelessly thrown on the floor. He grimaced—he’d never throw towels on the floor, but Douglas didn’t know that.

As quickly as he could, he tore off his shirt and threw it over one of the kitchen chairs. Then he kicked off his shoes and socks and unbuttoned the top button on his jeans. Nearing the front door, he messed up his hair—not that it ever was styled.

He pushed open the door and stumbled out as if in a hurry, wincing as the gravel dug into his bare feet. The cold had him shivering.

“What’s going on?” He frowned at the scrawny man watching him—not Douglas. Ice filled his veins. It was the car of a controller, and there was a bored-looking guard following the man.

The man was at least a head shorter than George, starved, and with clothes that had more holes than fabric.

George held on to his glare. The man might be starving, but he was still a controller—the right hand of the government. He might look harmless, but the guard standing two steps behind him wasn’t. The machine gun slung over his shoulder was ancient, but George didn’t doubt its efficiency. Old didn’t mean useless.

“Erm… Are you George Vega?” The man looked ready to faint, his blue eyes wide.

The man’s eyes widened, but he tried to conceal it by looking at the paper in his hand. It had to have been folded a hundred times.

George grunted in reply. “I start early. I stay awake after work on Thursdays to greet you because I have to. Today is not Thursday.”

“I’m sorry for the inconvenience—” George did his best not to react, and when the guard snorted, the man dropped his gaze to the gravel. As if reminding himself he was a controller, he straightened his back and met George’s gaze full-on. “I’m taking over from Mr. Miller. Today, I’m traveling the route to know what to expect on Thursday.”

George could lose himself in those blue eyes if he allowed himself to. “Is that so?”

Fuck, fuck, fuck. Douglas was a drunk with no knowledge of either plants or animals. He took George’s weekly payment without argument, and it was only occasionally he demanded more than the minimum toll.

“Can you show me around?”

No. George crossed his arms over his naked chest. “I’m sleeping.”

The man’s gaze slid down to the still unbuttoned jeans, only to jerk away. “You’re awake now. It won’t take many minutes. It says here you have three hens. That’s one more than allowed. We’ll have to increase your weekly food toll.”

George fought not to give any outward reaction other than narrowing his eyes. An increased toll would leave him starving. “One of them is old and isn’t laying more than the occasional egg. I keep her for the sake of the others. Two hens are too few to have a happy group. They need to be three.”

“Then you should increase your number and register as a farmer.” The man didn’t meet his eyes.

“I’m a baker.” Being registered as a farmer would triple what he owed every week. There was no way he could grow enough to sustain that, especially not now in the middle of the hunger gap. “Douglas agreed to let me keep her since the few extra eggs she gives in a year goes to the town market.”

He tried to appear annoyed and confident at the same time. Controllers could sense fear—though he doubted this one had developed the skill. He was convinced Douglas had put the extra eggs he gave him to keep up the appearance of having three hens in his own pocket—most likely traded them for booze. Perhaps he could get this new guy to agree to a similar trade. He had to find his weakness. With Douglas, it was alcohol. This man didn’t strike him as a drunk, but there had to be something else that would make him sway.

One adult was allowed a maximum of seven eggs, he got one extra because he was a homesteader and provided eggs for the market. Every child was allowed two eggs. One egg equaled one point in the food system. How many points you got depended on how many days you worked. Every person with a salary was allowed to buy what they needed—if they could find it—but you weren’t allowed to have more than the weekly quota. The system was skewed, and far too many ended up with no eggs at all.

Shit. On Thursdays, he made sure to have three of the larger hens pecking around the yard. Now, he didn’t know where they were. Why had he let them out? What would he do if the controller spotted a group of ten hens scratching around?

Hopefully, they were all in the forest garden, or maybe they’d gone back home into the hidden one.

“They might have run off when you drove up with the car. Let me put on shoes.” He limped over the gravel and then made quick work of the stairs. He flicked his wrist so the door would close before the controller made it up the stairs, rushed into the kitchen, and grabbed the shoes and socks he’d kicked off before going out. He was about to hit the light switch to turn off the growing lights in the hidden garden—and hopefully warn June—when the man appeared in the doorway to the kitchen.

“What are you doing?” He frowned at George.

“Grabbing a shirt.” He gestured at the shirt he’d slung over the kitchen chair. “It’s cold in the barn.” 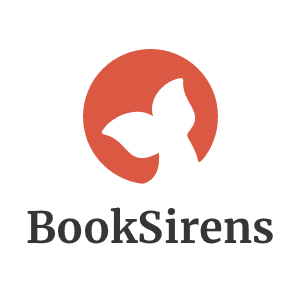 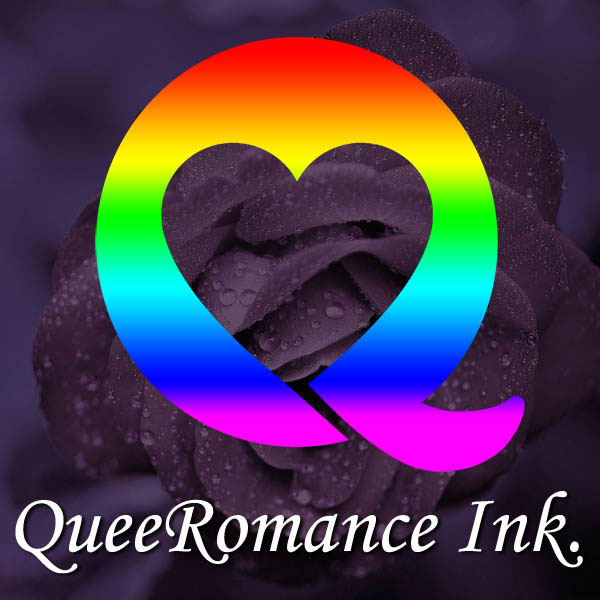